Even after Yacht Project Thunder was launched on 03.04.17, a new Yacht Project Hull SASSI was visible, three parts, bow, mid and rear section. All together were moved into the floating dock, where Thunder was placed before. It should be 146m long.

14.02.2018 In the night at 2h a fire alarm was send the floating dock with Yacht Project SASSI of Lürssen shipyard in under fire.

The fire grown up to a major fire, the biggest of the last decades.

Up to 750 fire fighters were in action, support from Meyerwerft Papenburg, Bremerhaven, Wilhelmshaven and surrounding of North Lower Saxony. A special fire fighter task force was also request, they used a special device called COBRA, it is able to cut steal with a water beam of 250bar. Then the fire fighters could extinguish the fire inside the steal hull where before o entrance was possible.

Luckily no workers were injured, 4 fire workers has got some minor impacts.

for further extinguish of smaller fires inside the Yacht.

left Weser side to shipyard Lemwerder. No damages were seen.

the root cause to prevent such a major fire for future.

The damages of Project SASSI could not be mentioned up to now.

Rumours said SASSI should be float of End of this Year. 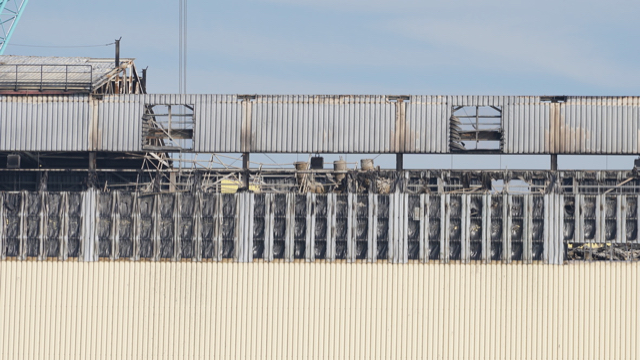 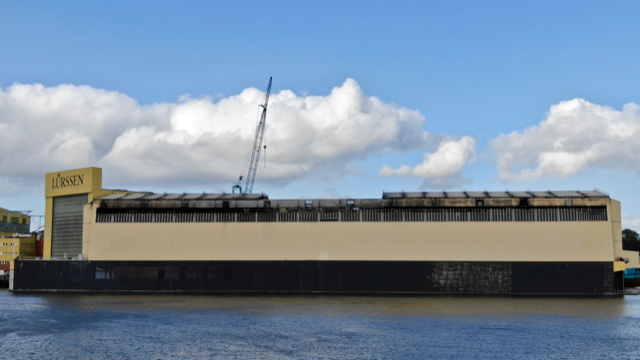 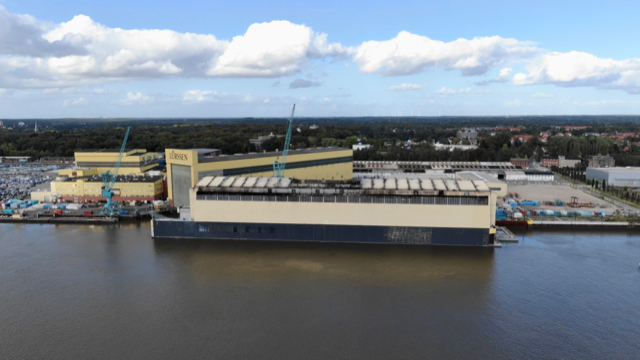 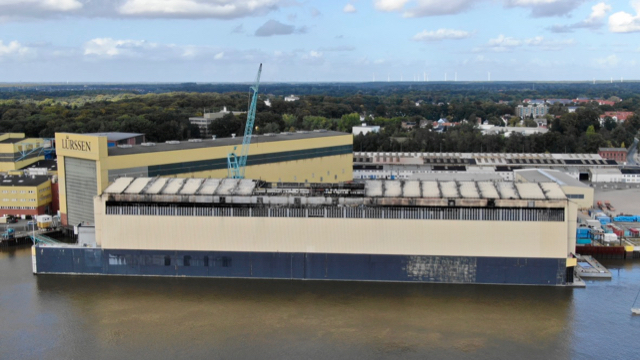 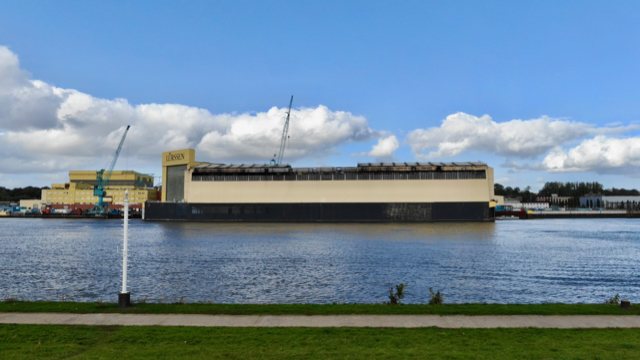 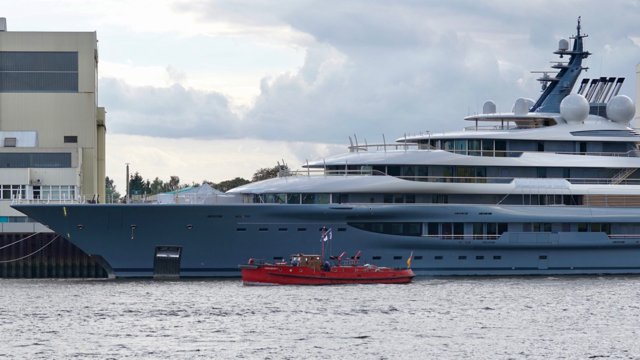 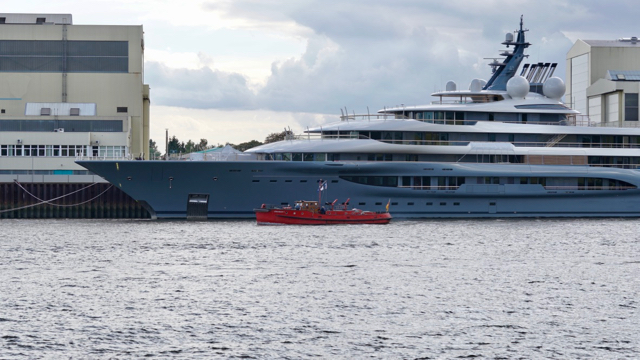 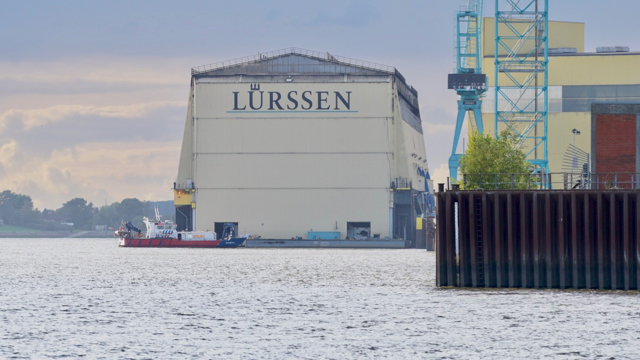 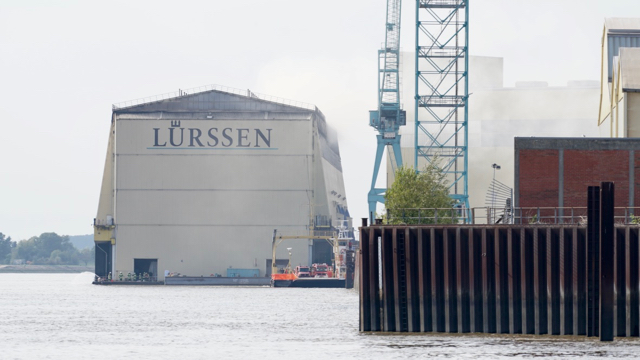 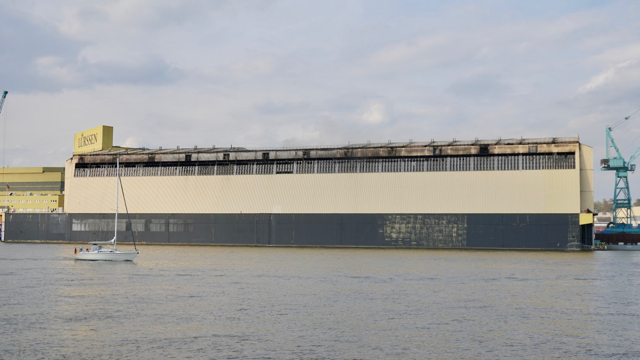 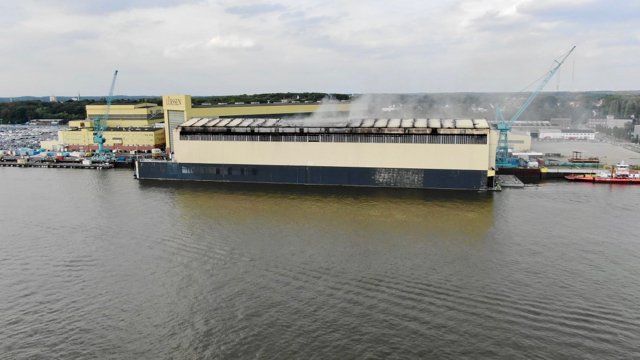 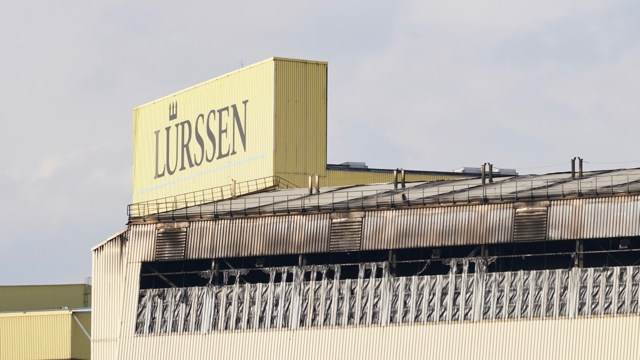 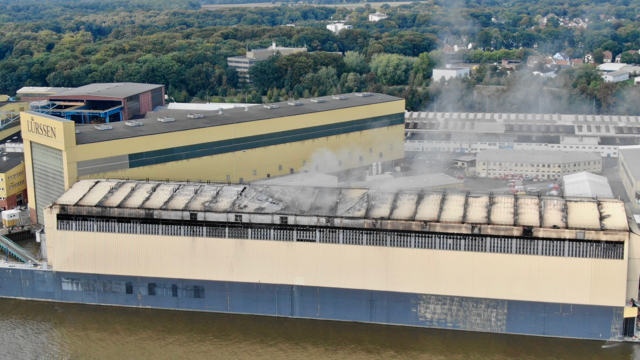 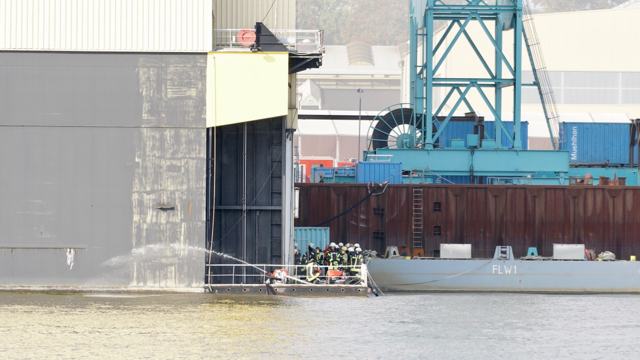 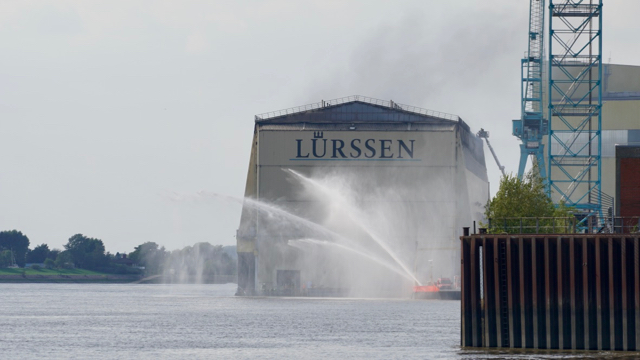 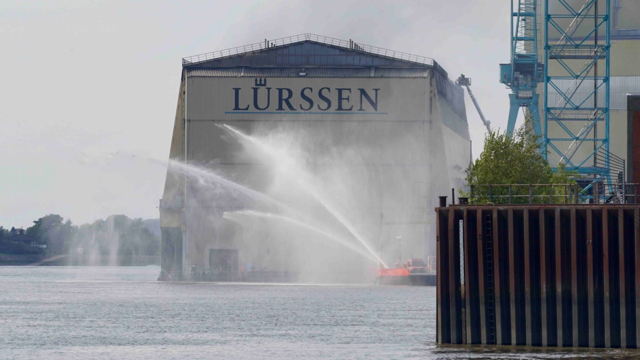 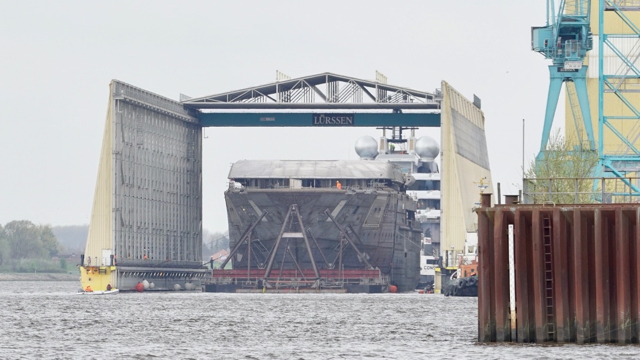 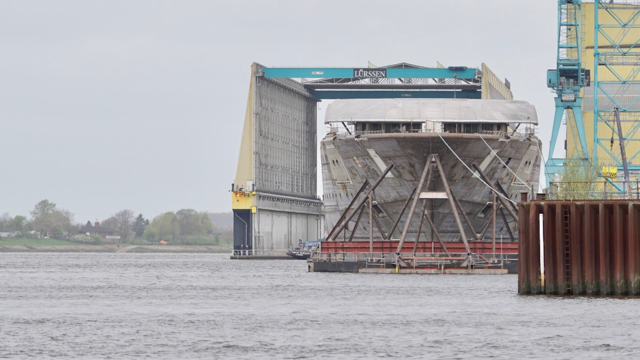 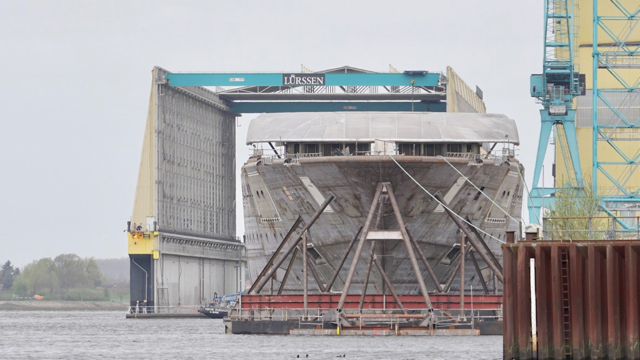 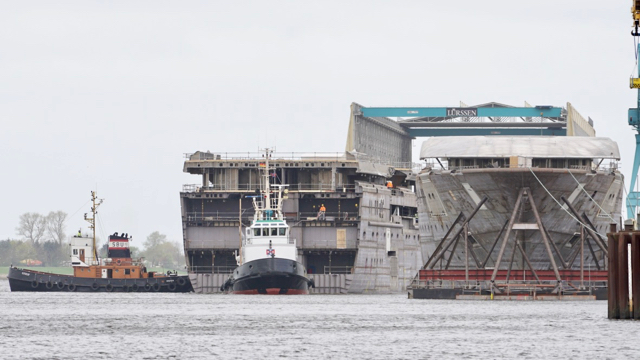 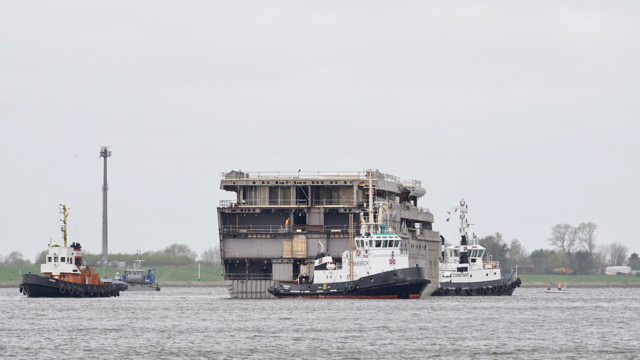 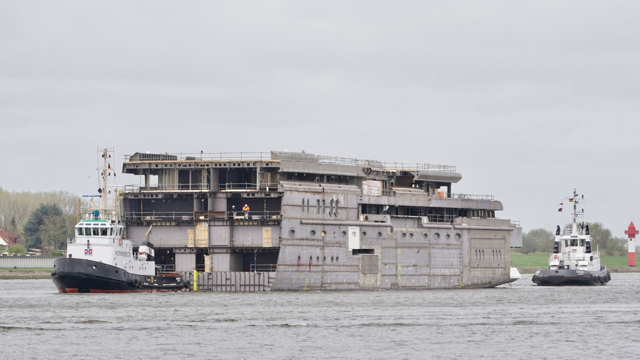 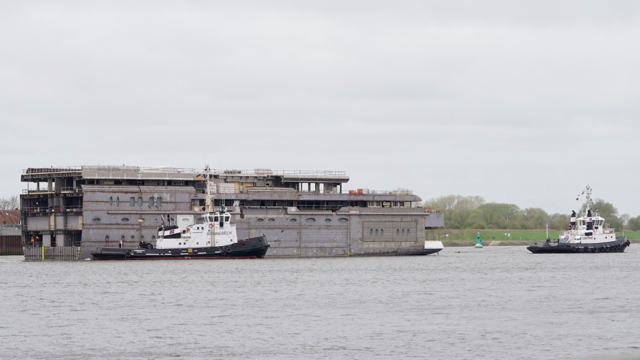 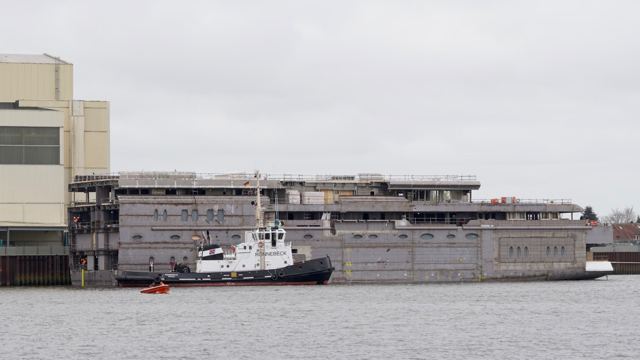 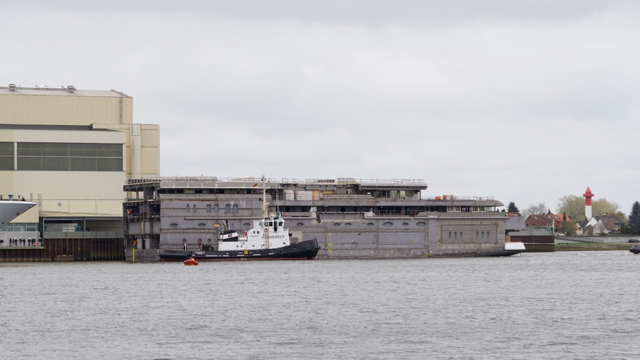 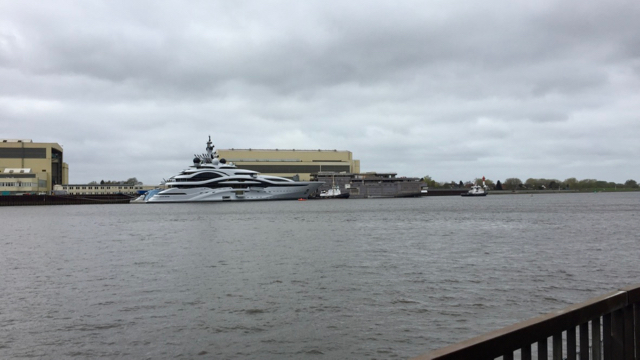 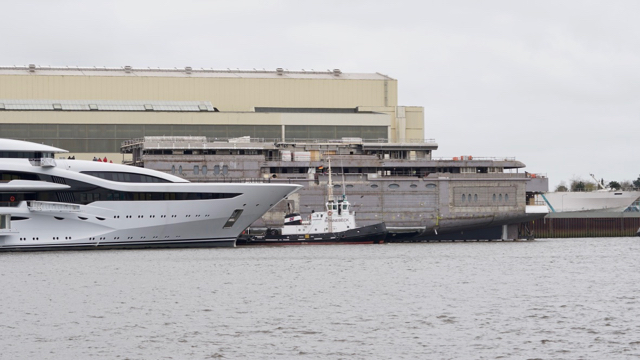 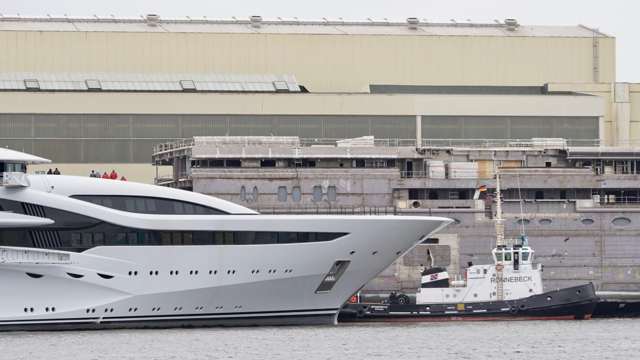 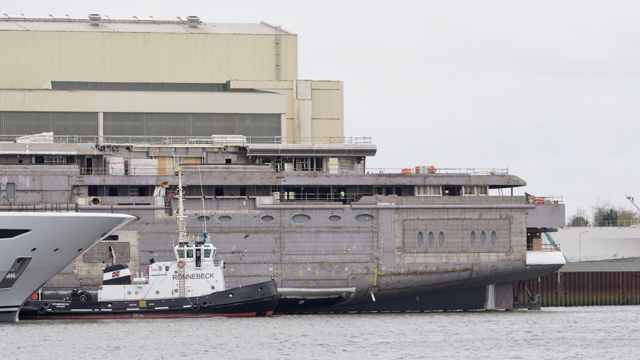